A guitar with a full acoustic body, big volume and unique tonal qualities.

This guitar is just what guitarists, who love both the sound of nylon strings and archtop guitars, are looking for. 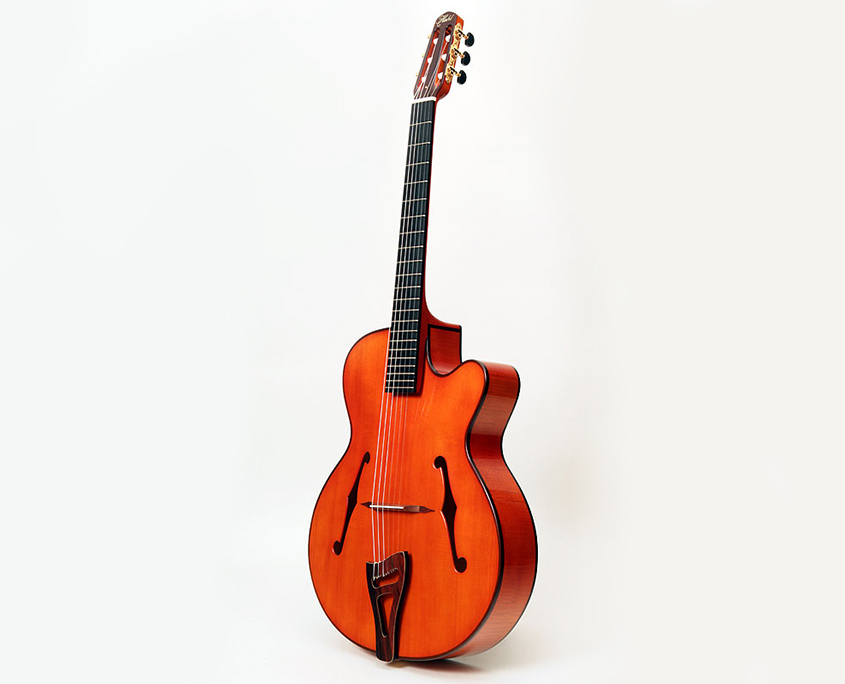 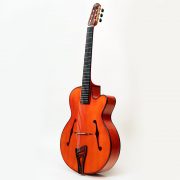 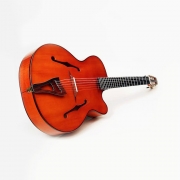 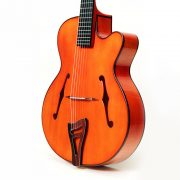 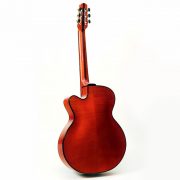 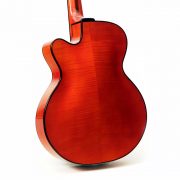 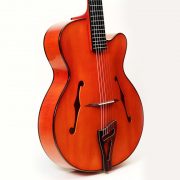 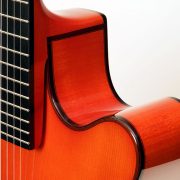 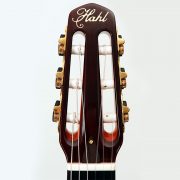 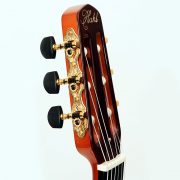 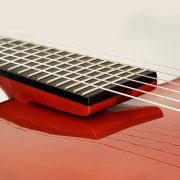 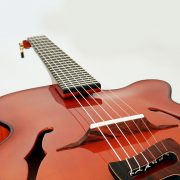 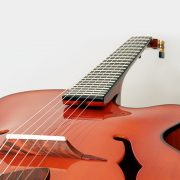 What Stefan Hahl has to say about this model:

“This model originated as a special design for a customer. The idea was to build a nylon-stringed acoustic archtop guitar with the volume and sustain of a classical guitar and the typical assertion of an archtop, which is no easy task! After a great deal of thought, research and well-meant suggestions from my American and European colleagues, all of who were of the opinion that such a combination would not produce satisfactory results, I couldn’t resist the challenge and decided to make an attempt.

To begin, I closely examined and compiled all of the known principles and techniques of archtop, flattop and classical guitar building, developing a concept and then a plan. As I neared completion, my anticipation steadily grew. Once the guitar was finished and strung, the decisive moment came. I played the guitar in my exhibition room, comparing it with archtop and classical guitars. I played various styles, including classical, jazz and blues – both fingerstyle and with a pick. My immediate conclusion was that I would prefer to keep the guitar for myself! The instrument had a truly unbelievable, wonderful personality. Volume, sustain, an assertive, beautiful and dynamically formable tone, elegant and yet powerful – every imaginable quality was present!

However, the true test remained: What would the customer say? Without betraying my opinion, I waited for his response with suspense. Upon seeing the guitar, his first reaction was: ‘Its beauty exceeds my expectations!’ The longer he played, the brighter his face became and his final statement was: ‘Its exactly what I wanted – a wonderful instrument!

Ever since that moment, the Jazz Supreme Nylon String has had a permanent place in my range of archtop guitars.”

We may request cookies to be set on your device. We use cookies to let us know when you visit our websites, how you interact with us, to enrich your user experience, and to customize your relationship with our website.

Click on the different category headings to find out more. You can also change some of your preferences. Note that blocking some types of cookies may impact your experience on our websites and the services we are able to offer.

These cookies are strictly necessary to provide you with services available through our website and to use some of its features.

Because these cookies are strictly necessary to deliver the website, refuseing them will have impact how our site functions. You always can block or delete cookies by changing your browser settings and force blocking all cookies on this website. But this will always prompt you to accept/refuse cookies when revisiting our site.

We fully respect if you want to refuse cookies but to avoid asking you again and again kindly allow us to store a cookie for that. You are free to opt out any time or opt in for other cookies to get a better experience. If you refuse cookies we will remove all set cookies in our domain.

We provide you with a list of stored cookies on your computer in our domain so you can check what we stored. Due to security reasons we are not able to show or modify cookies from other domains. You can check these in your browser security settings.

We also use different external services like Google Webfonts, Google Maps, and external Video providers. Since these providers may collect personal data like your IP address we allow you to block them here. Please be aware that this might heavily reduce the functionality and appearance of our site. Changes will take effect once you reload the page.